WINDSURFER presents its candidacy for the 2024 Olympic Games in Paris 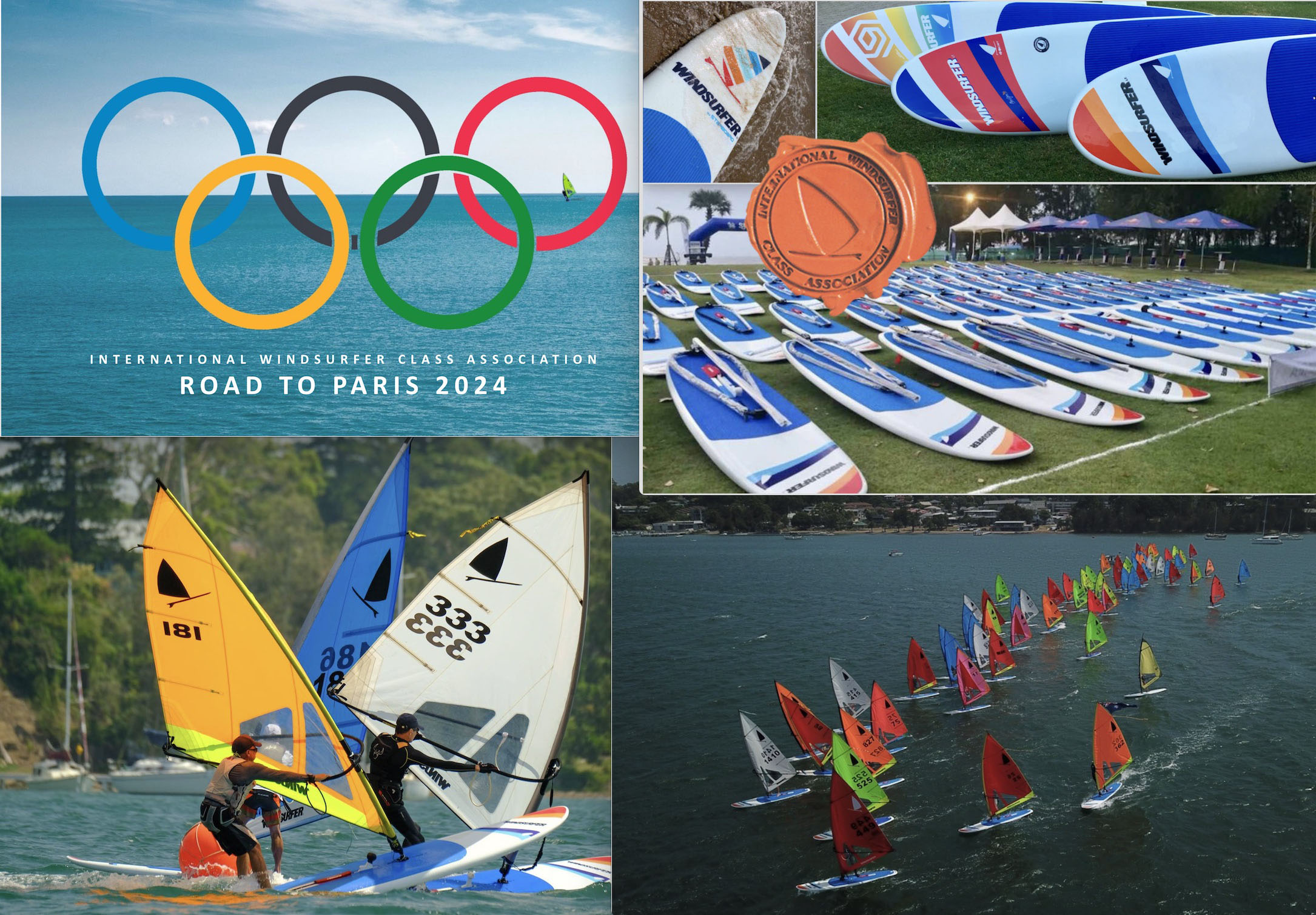 The Windsurfer Class has nominated for the Paris 2024 Olympics, taking it back to its roots of Los Angeles 1984 where it was a demonstration discipline.
Simple, spectacular and inexpensive, these are the key words for the Windsurfer LT. The IWCA (International Windsurfer Class Association) announced its candidacy for the 2024 Olympic Games in Paris a few days ago to World Sailing, the world governing body for the sport of sailing.
Through the versatility of the Windsurfer equipment, Class competition includes course racing, slalom, freestyle and marathon. This adds a spectacular element to the event with options to hold competition in close proximity to shore – perfect for spectators.
In November 2018, at the annual meeting in Sarasota, World Sailing confirmed the continuing participation of Windsurfing (male and female) at the Paris 2024 Olympics, but at the same time announced a reevaluation of the equipment by a technical commission.
The testing and recommendation will be undertaken by a special technical commission of World Sailing. The criteria include a mandate to reduce the risk of supplier monopolies in the interest of all Olympic sailors.
The sport of windsurfing is composed of a large community that undertakes both recreational and competitive activities, which vary depending on the type of the equipment used. These include wave riding, freestyle, slalom racing, funboard, freeride and regatta sailing. Regatta sailing is represented by the Olympic Class, multi brand racing classes like raceboard and foiling, One Design Classes like Windsurfer, Techno and several others. The characteristics of the longer one design boards have always been identified among those closest to the needs of the Olympic sailing classes.
Windsurfing is an Olympic Sailing Class since 1981 when the IYRU (International Yacht Racing Union), the predecessor of World Sailing, had to appoint the Olympic class, selecting between two sailboards; the original Windsurfer One Design or the Windglider. The Windsurfer was manufactured in several continents under license of Hoyle Schweitzer, where the Windglider was developed and manufactured by Fred Ostermann in Germany only.

Surprisingly the Windglider was selected in late 1983, less than one year before the start of the Olympic Games. The main motivation was that the Windsurfer was manufactured in polyethylene, which was rejected because its form could be slightly changed by exposing the board to the sun, increasing the temperature of the material.
At the time, the decision of the IYRU was a scandal and the IOC had to make the decision to admit the Windsurfer as a demonstration sport to the Games in the disciplines of Slalom, Long Distance and Freestyle. The motivation was that the Olympic sailing event was lacking attraction and that the Windsurfer with its colorful 5.7 square meter sail could improve this image thanks to its spectacular disciplines.
Today the characteristics of the Windsurfer are the same as in 1984. The rig has maintained its original form. The board was slightly redesigned and stiffened as it is not manufactured in polyethylene anymore and it is much lighter as its predecessor. For this reason, its new name is Windsurfer LT (Light) and it has been developed as a “White Board”. This means that all interested Windsurfing brands can sell this board under their own logo.
The presentation of the Windsurfer Class submitted to the technical committee of World Sailing can be viewed here: https://bit.ly/2GJHKrF
Download the press release