The origins of our sport goes back to 1963 when Newman and Naomi Darby made the first documented sailboard. The first "Windsurfer Class" board was born in 1967 thanks to Jim Drake and Hoyle Schweitzer. The idea was to allow surfing even without the waves, using a sail connected to a board with a cardan joint and it was perfected with the help of Alan Parducci.

A futuristic vehicle for your dreams has risen out of the western sea, bringing new dimensions to life itself. How can such a simple, easy-rider device bring so much joy to millions? Because …it puts you – with your skills and your dreams and your hidden potential – into a perfect interaction with wind and water. Thus, this one small vehicle brings with it the power to make your visit here on planet earth even more fulfilling. 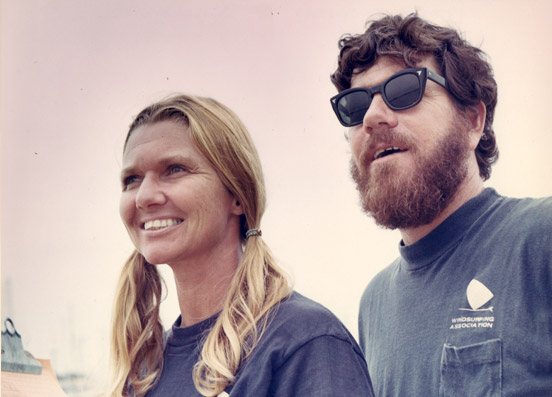 The ‘Windsurfer’ was the original mass-produced sailboard and instantly gained world-wide attention which quickly spawned the massive growth and popularity of the sport.

The Original Windsurfer was a strict one design which sold over 400,000 units – still the largest sailing class ever. The first world championships for the Windsurfer Class were held in 1973 (Mission Bay, San Diego, California). Three years later in 1976 in Nassau, Bahamas, 456 competitors took part in what was then the largest one design sailing event ever. Here, a 13 year old Robbie Naish of Hawaii took the overall title. Naish would go on to dominate the sport for the next several decades. Throughout the late 70’s and 80’s, the Windsurfer Class was king for amateur sailboard racing around the world with international and national events attracting large fleets. The Windsurfer was used as a demonstration board at the 1984 Olympics in Los Angeles. In 1984 the “Windsurfer One Design” was launched with an updated Mylar sail and rig. The board also sported footstraps stiffer fin and a partially retracting centre-board. These changes made the One Design much more controllable in stronger winds than its predecessor. 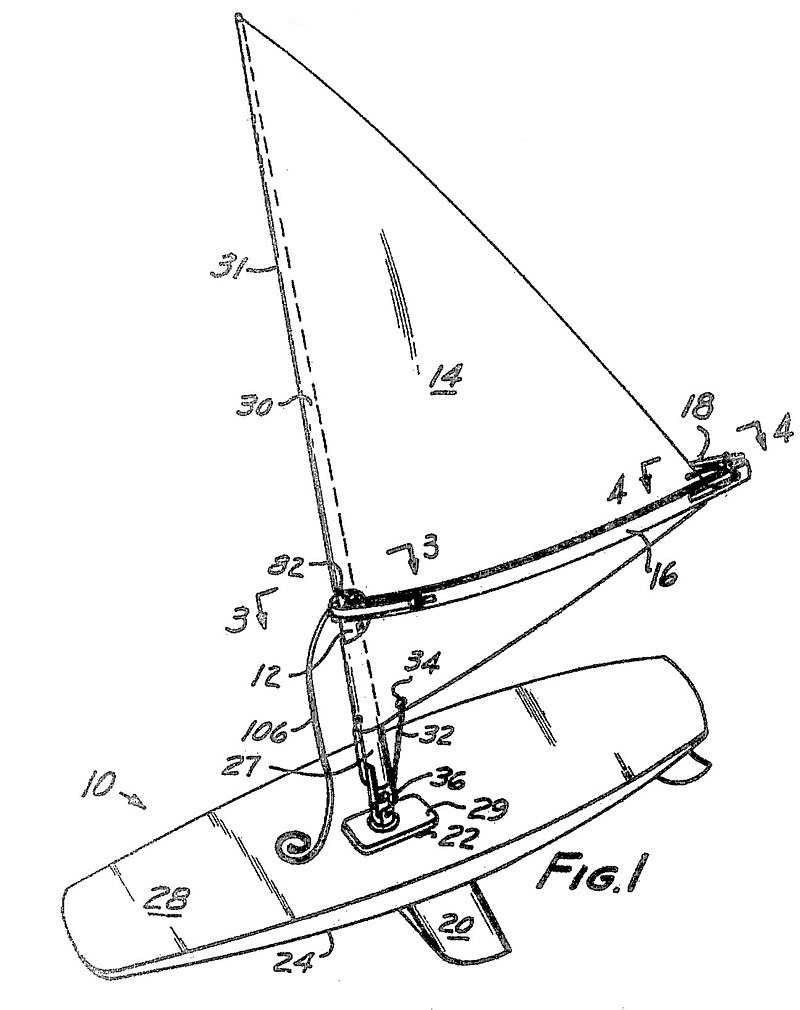 Throughout the 80’s, 90’s the One Design was raced widely, however towards the end of this period, the One Design fleet started to dwindle whilst the sport was growing exponentially. This was due to the rapid influx of other manufacturers and racing classes using new technologies. By 2010 fleet sizes were reduced but strong pockets still existed with Australia and Italy continuing to attract good fleets and conducting regular racing at a National level.
In 2016 a project was commenced by IWCA Europe to develop a new hull based on the Windsurfer One Design moving from polyethylene to lighter weight epoxy construction with increased volume to cater for a wider range of athletes. The “Windsurfer LT” was adopted by the Class in 2018 and can compete in the Windsurfer Class along with the Original Windsurfer and the One Design.
With the LT the Windsurfer Class maintains the ideals and traditions of the sailboarding pioneers – to provide a fun and inclusive platform for fair and friendly competition through inexpensive one design racing, where the emphasis is on skill and tactics rather than equipment.
In few years after the launch, thousand of LT boards have been sold and new fleets are forming across Europe, Asia, Australia, Africa and the Americas.
Since November 2018 IWCA is a recognised World Sailing class

Windsurfer Class future is still to be written... we are waiting for you! Join us. 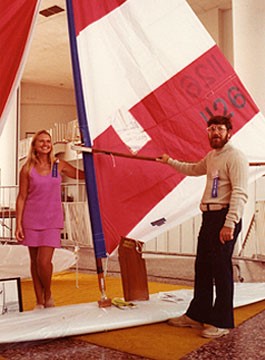 Hoyle and Diane at a boat show 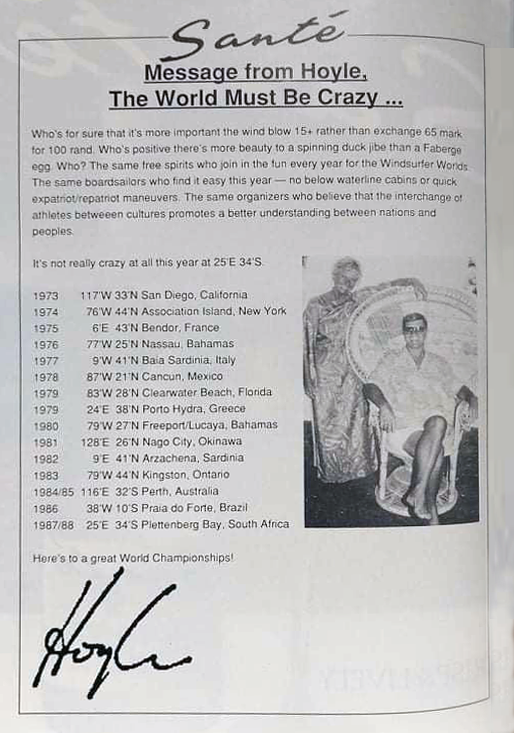 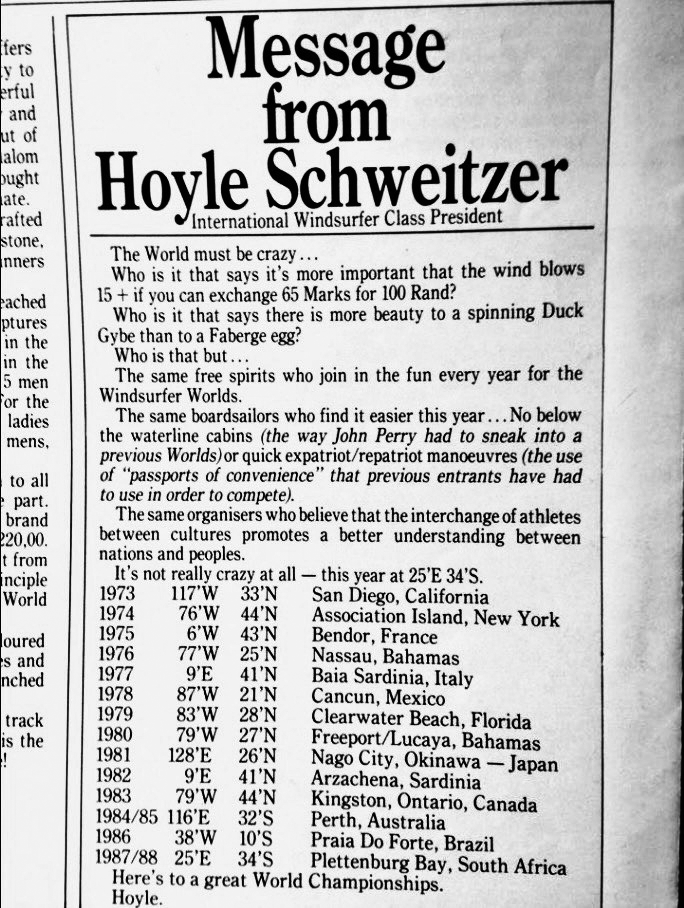 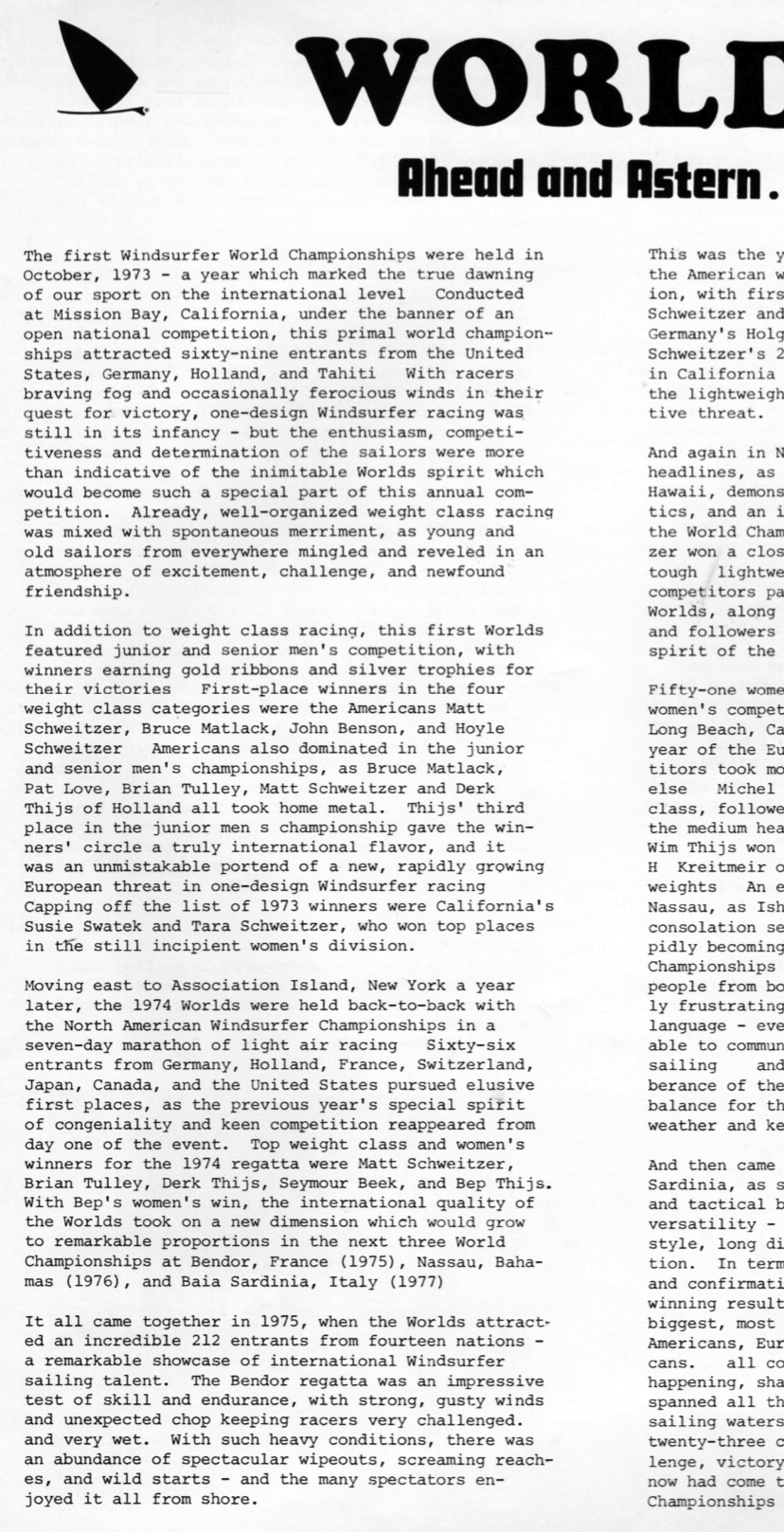 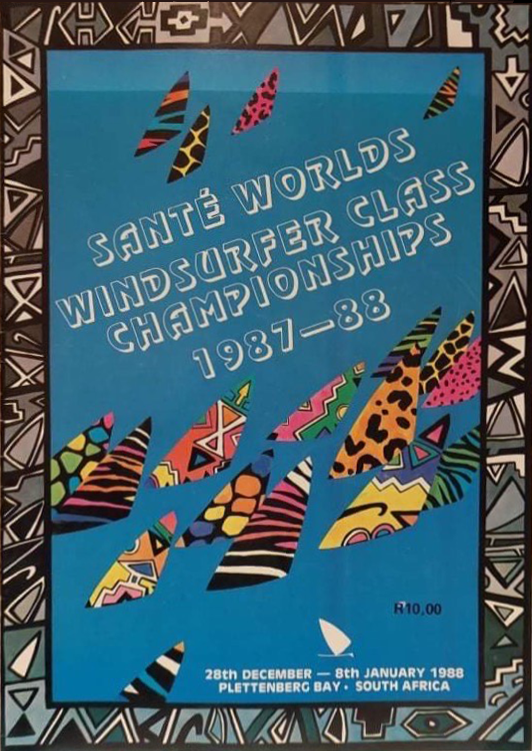 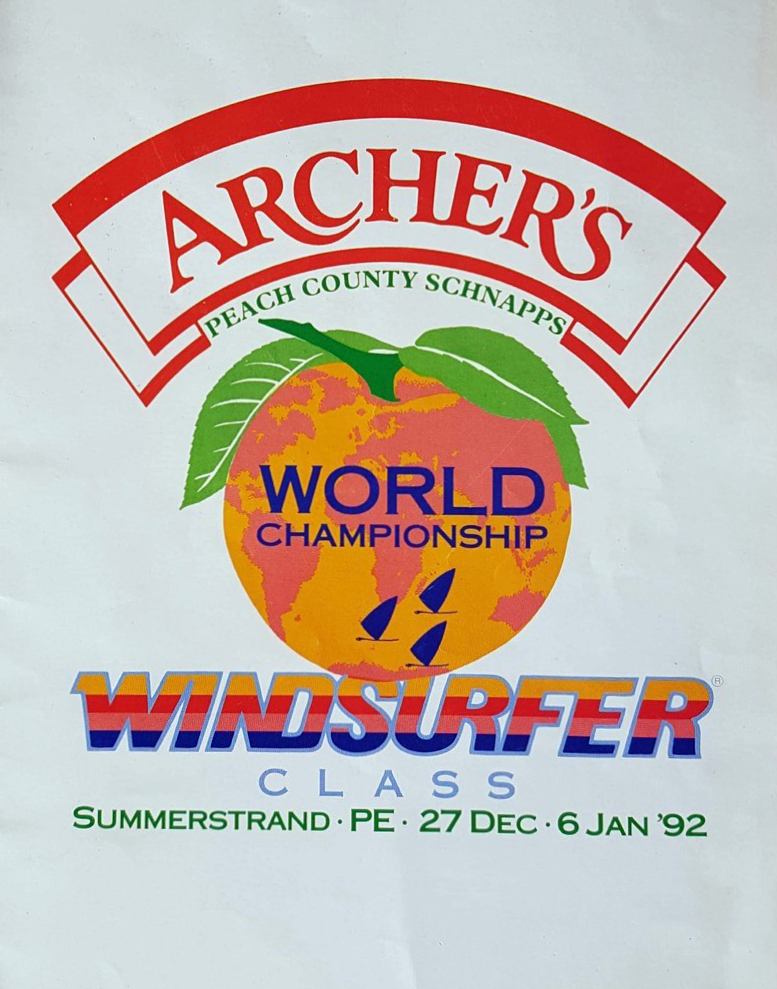